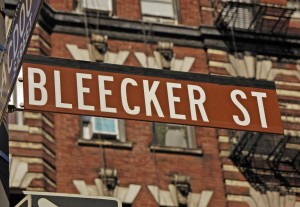 Those who live in New York City may know how many amazing sites and activities this city has to offer however, it would take 2 lifetimes to truly experience even a portion of all it has to offer. From food to live shows, outdoor activities to nightclubs, the city is alive night and day. Divided into 5 boroughs and hundreds of neighborhoods, the best way to begin a journey in NYC is by choosing a smaller area. For those visiting and for residents alike, one must see area to begin is Greenwich Village. Since the 60’s it has been a haven for bohemians. Although some areas can be pricey, the free spiritedness of its past is not lost. Greenwich Village is jam-packed with history and culture. So where do you begin? Ultimate Excursions reviews 3 must-do experiences you shouldn’t miss in Greenwich Village.

The first thing you must do is head to one of the local coffee shops and get yourself an amazing cup of coffee. The independent coffee and book stores the neighborhood was known for in the past still abound. Where most neighborhoods around the country have lost their big budget book stores and have been overrun with famous logo coffee shops, the Village prides itself on its neighborhood appeal and still maintains the smaller establishments for which it first became famous. Grab that coffee and go peruse one of the local book stores. Perhaps you can pick up a good recommendation for the plane ride home.

Washington Square Park is one of the most famous green spaces in Greenwich Village. It was once home to a folk music community. While those days may have passed, you will still find plenty of musicians strumming away on a guitar throughout the park. If you head to the northwest corner of the park, you will find that people actually still play chess outside. Perhaps you can get in a good chess lesson while enjoying the outdoors.

Just because it’s Off-Broadway does not mean that it’s not a great show. There’s just only so much room on actual Broadway to house productions. You can catch an amazing play at both the Provincetown Playhouse and the Sullivan Street Playhouse. If an independent film is more your thing, check out movie times at IFC, Cinema Village and the Angelika Film Center.