Atlanta is one of the hottest, hippest Southern rooted cities to visit and not because the climate is hot, but it is literally a world leading metropolis. It is home of the world’s busiest airport, Hartsfield-Jackson Atlanta International Airport and is the World headquarters to thirteen Fortune 500 companies. Being one of the top metropolitan areas in the United States, Atlanta, established in 1837, is considered the capital city of the Southeast and has very strong ties to its past. In the 60’s, Atlanta was “the city too busy to hate” but now, in the 21st Century it is, “the city not too busy to care.” They have attractions from family oriented venues to watching breaking news as it occurs, mostly in walking distance of each other. Ultimate Excursions invites you to take a closer look at a few of the top places you won’t want to miss in this great city. 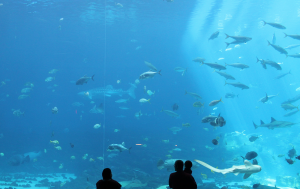 Georgia Aquarium is largest aquarium in the world and offers entertainment and education for visitors of all ages. The aquarium houses a 10-million gallon “playground” for various aquatic animals as well as hosts one of the largest living reef exhibits again in the world. The marine life highlighted in the more than 60 exhibits includes ethereal jellyfish, belugas, otters, and massive whale sharks to name a few. With all the educational opportunities, there is still an option of having an instructor-led tour or self-guided tour. Location: 225 Baker Street NW, Atlanta, Georgia 30313 http://www.georgiaaquarium.org/ 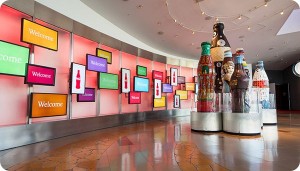 World of Coca-Cola educates people on the bottling process of Dr. John S. Pemberton’s “headache remedy” of the late 1800’s, which became the world’s most recognized drink. Also offered is the ability to taste test over 100 beverages marketed by Coca-Cola and the multiple trademark brands from five specific areas, Africa, Asia, Europe, Latin America and of course North America. Located on the property is a vault containing the “Secret Formula” and opportunity to learn of the history of Coca-Cola through numerous galleries detailing the bottling process, the advertising campaigns and how people Coke view in the pop culture. Location: 121 Baker Street NW, Atlanta, Georgia 30313 https://www.worldofcoca-cola.com/

3. Center for Civil and Human Rights 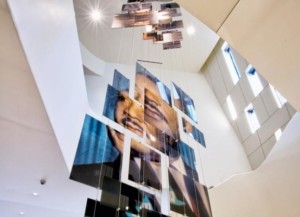 Center for Civil and Human Rights was named the “main event” by the New York Times in 2014 because it offers a clearer view and exclusive artifacts connecting American Civil Rights Movement to the Global Human Rights Movement. The most prized collection is the exclusive rotating exhibit of the over 13,000 personal papers and artifacts on display of the Morehouse College Martin Luther King, Jr. Collection conveying the impact of King’s life and legacy. The Center opened its 43,000-square-foot facility built on land donated by the Coca-Cola Company in 2007 adjacent to the World of Coca-Cola and the Georgia Aquarium. Location: 100 Ivan Allen Jr. Boulevard, Atlanta, Georgia 30313 https://www.civilandhumanrights.org/

4. Inside the CNN Studio 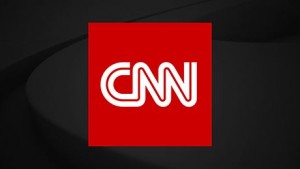 A trip inside the CNN Studio offers three specific 50-minute guided walking tour that descend 8 flights of stairs which services more than one billion people in over 200 countries. The CNN Studio is open to the public and free to enter certain areas including the food court with a full-service restaurant and few specialty retail shops. The Morning Express and VIP tours do not allow children under 12 but all others are able to experience the Head Line News Morning Express with Robin Meade or behind the scenes access to the working studio of CNN Worldwide. Location: 190 Marietta Street, NW Atlanta, Georgia 30303 http://www.cnn.com/tour/

The Varsity is the World’s Largest Drive-In Restaurant with the ability to accommodate 600 cars and over 800 people inside at the original downtown location whose doors opened in 1928. The Varsity has eight other locations throughout the city and makes its hotdogs, onion rings, fresh cut potatoes, homemade fried pies and chili daily. Adding to their nostalgia the downtown location is also host to the largest outlet for Coca-Cola products. Location: 61 North Avenue, Atlanta, Georgia 30308 http://www.thevarsity.com/

Just a few of the many amazing destinations Atlanta has to offer, most will require at least a few days to experience their favorite attractions. Like all the best vacations, be sure to leave plenty of time to truly enjoy your destinations rather than trying to fit too much into one trip.